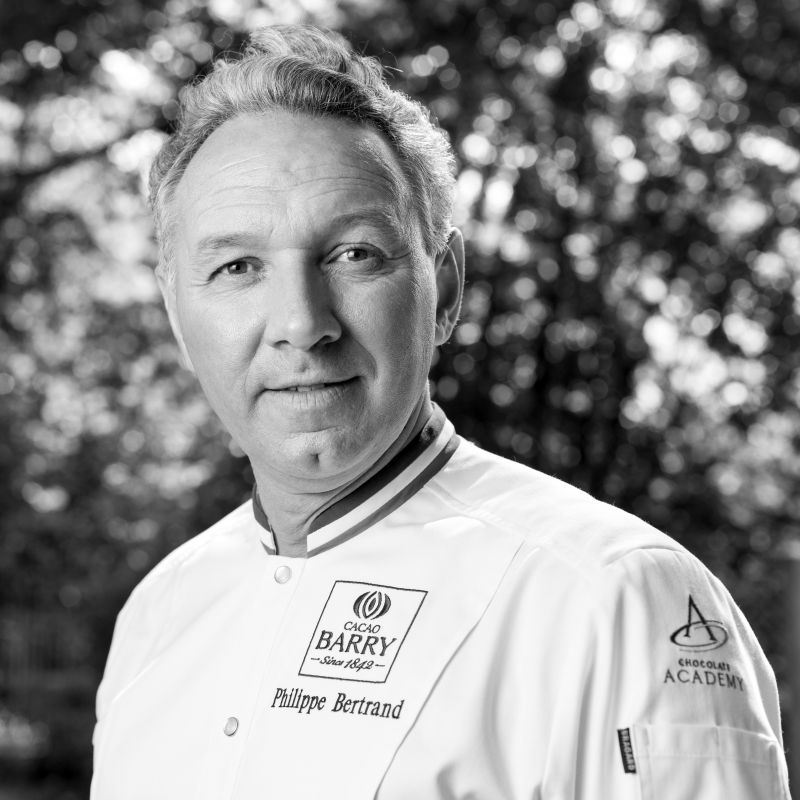 A member of the Académie française des chocolatiers et confiseurs, of the association des Croqueurs de chocolat of Paris and of various associations concerned with chocolate and pastry-making, Philippe stands at the foreground of gourmet scenes all over the world. This 1996 Meilleur Ouvrier de France Award-winner for chocolate and confectionery hosts the greatest events involving chocolate and pastry-making (Madrid, Kobe, Las Vegas...) and teams a network of professional representatives for chocolate market lea- der Barry Callebaut. Since 1998, he has been the manager for The CHOCOLATE ACADEMY™ center of France.

The media has often called on his professionalism and his creativi- ty. This chocolate expert has often been invited on cooking TV shows to speak of the new trends in chocolate and pastry making. He has written many articles for professional magazines and often appears on air on Radio France, RFI radio and Radio Canada.

Philippe also has several books to his credit. He is the co-author of Chocolats et friandises, published by the Académie française des chocolatiers et confiseurs. He wrote the foreword of Chocolats et confiseriefor the École Lenôtre. Philippe also supported the work of Spain and Europe Pastry-Making award-winner by prefacing Francisco Torreblanca’s latest book.