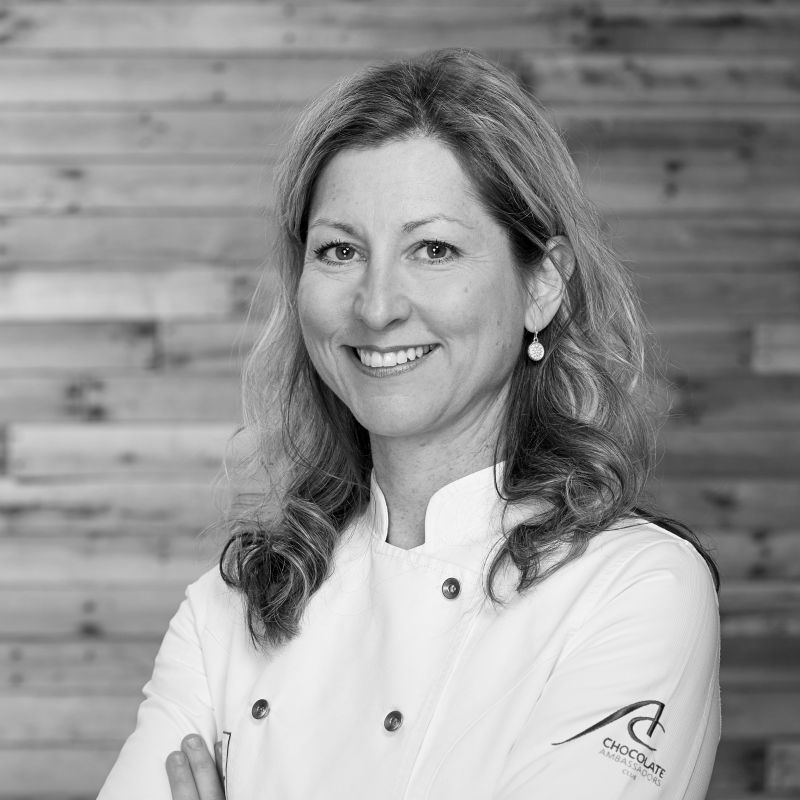 A graduate of the pastry and chocolate program at the Institut de tourisme et d’hôtellerie du Québec (ITHQ) in 1989, Nancy Samson decided to perfect her skills at various establishments, such as Philippe Urraca or Patrick Roger in France and several hotels in Montréal and the Jasper Park Lodge in Alberta.

She earned the title of Woman Chef of the Year in 2009, and became the first female ambassador for Cacao Barry in North America in 1996. She opened her first store in Trois Rivières in 2015, choosing to locate in a former bank dating back to the 1920s.

When not in her shop, Nancy may be found involved in social causes. She also teaches pastry at the Trois-Rivières Culinary School and chocolate skills for the Montreal Chocolate Academy.