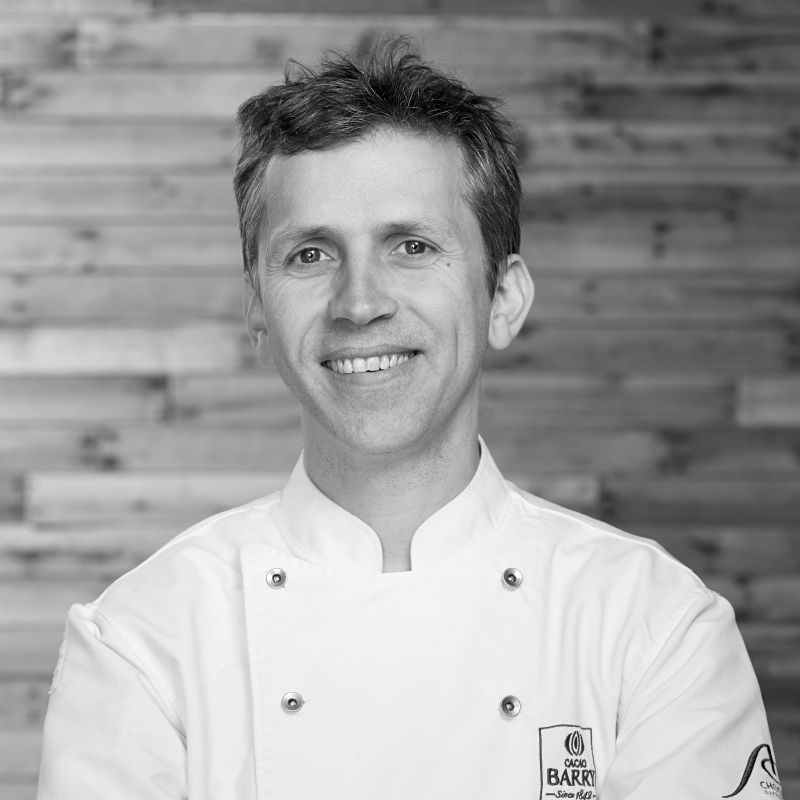 After attending two years of professional cooking school in France, as well as various positions in pastry and catering in France, Luxemburg and the United States, Ludovic immigrated to the province of Quebec. He fine-tuned his skills in chocolate at the Pâtisserie de Gascogne in Montreal from 1994 – 1997. In 1997, he became involved with Chocolats Privilège assuming the role of chocolate, sorbet and ice cream development and production. His special passion lies in the development of new products as well as in the training of his staff. Ludovic was named Pastry Chef of the year in 2000 for the Greater Montreal region.

With his wife Florence Paquin-Mallette he founded Chocolat Boréal in 2017, a chocolate workshop where traditional know-how is combined to a modern and raw design. They provide subcontracting services for hotels and restaurants, customization of chocolates and packaging for corporations and the event industry. They also offer their homemade chocolate brand online and through retail stores.