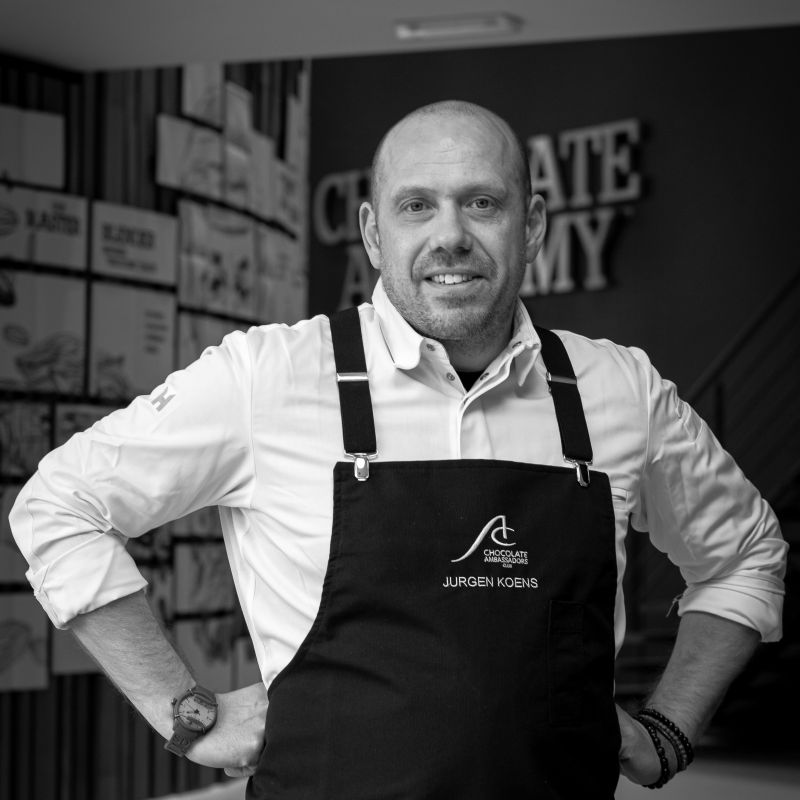 Jurgen has gained experience as a qualified chef, chocolatier and pâtissier at a range of renowned companies.

He has worked as a pastry chef at a number of starred restaurants, including Kromme watergang**, De Swaen**, Interscaldis** and La Gavroche *** in London, and has also worked in patisserie companies such as Artisan du chocolat, Vlaemsche broodhuys and on a cruise ship as a patisserie and bakery chef.
He was a product developer and demonstrator for Cnudde NV along with being pastry chef for the Benelux’s largest exclusive party caterer, Maison vd Boer.

Jurgen owns and runs the consulting company 4Pastry (jurgenkoens.nl) together with two patisserie/chocolaterie businesses in Eindhoven, namely Pastryclub 1.0 and 2.0 (pastryclub.nl).

In addition, he has won several gold awards at events including the Olympiade der Köche in Erfurt, the TT culinary ornamentation class in Assen and the Asia Culinary Cup in Bangkok.

Having gained several years of experience both at home and abroad, he thought it was high time to share his knowledge and teach others about the ins and outs of his profession.