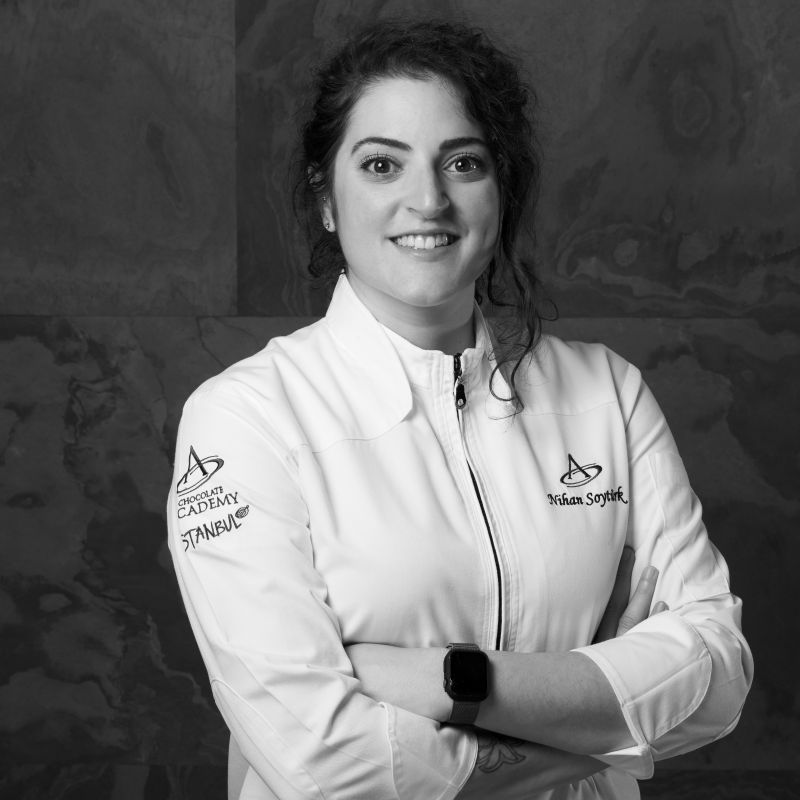 « Pastry is a passion. It is a way of communicating with people with creativity through flavors and colors, inspired by nature. »

Nihan Soytürk is the Assistant Chef for the Chocolate Academy™ Center in İstanbul.

She graduated from Lycée Saint Joseph in 2007. After graduation she went to Lyon to study culinary arts and restaurant management in Institut Paul Bocuse. After her studies she worked for 1 Michelin star Pierre Orsi,2 Michelin star ''la Table '' by Joel Robuchon and Ladurée Paris.

When she came back to Turkey she worked in the pastry department of Four Seasons Hotel at the Bosphorus between 2013-2016. Then she went on to be a part of the opening of Vakko Patisserie Petit Four between 2016-2019.

After all these experiences she went to be a Head Chef at Cup of Joy İstanbul, where she upgraded her management skills.

She joined Barry Callebaut in November 2019 as the Chocolate Academy İstanbul Assistant chef.