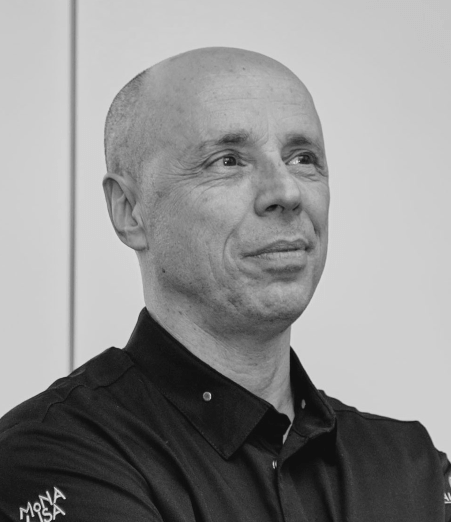 “Our life is a constant learning curve! And this makes it very exciting when you are a part of the Chocolate Academy™ family.”

A key figure of the gourmet world, Philippe Marand. His career has been an
international one. He has been working in such hallmarks of Parisian cookery as
the Hôtel Intercontinental, Dalloyau catering comp. and the Ritz before serving as the
ambassador of Lenôtre in premiere chocolaterie and pastry events all over the
world (New York, London, Hong-Kong...). He has
contributed to Lenôtre’s international expansion of this flagship of French cookery,
as technical manager for the creation of its franchises abroad.
Since 1998, he has served as an international technical advisor with Barry-Callebaut.
Philippe travels the world to share his expertise, always meeting new cultures
that enrich his skills.  Also a fluent English and Spanish speaker, he is regularly
featured on TV and on the radio, in France and abroad.
Co-author of several books, this confectioner and
chocolate globetrotter won the Gold Medal in the Charles Proust contest,
awarded by the City of Paris, and was named Disciple of Étienne Tholoniat and
MOF finalist 2008.

Philippe Marand is also co-inventor of the uses of Mycryo cocoa butter in
pastry making, chocolate confectionery and cooking. These notable innovations
will impact the working methods of all food professionals.

Today in charge of the technical service at Barry-Callebaut for Eastern Europe, Middle east and Africa, Philippe Marand opened and supported the opening of several Chocolate Academy in the region, like in Dubai, South-Africa and others.
He is now also managing the newly opened CHOCOLATE ACADEMY™ Athens.