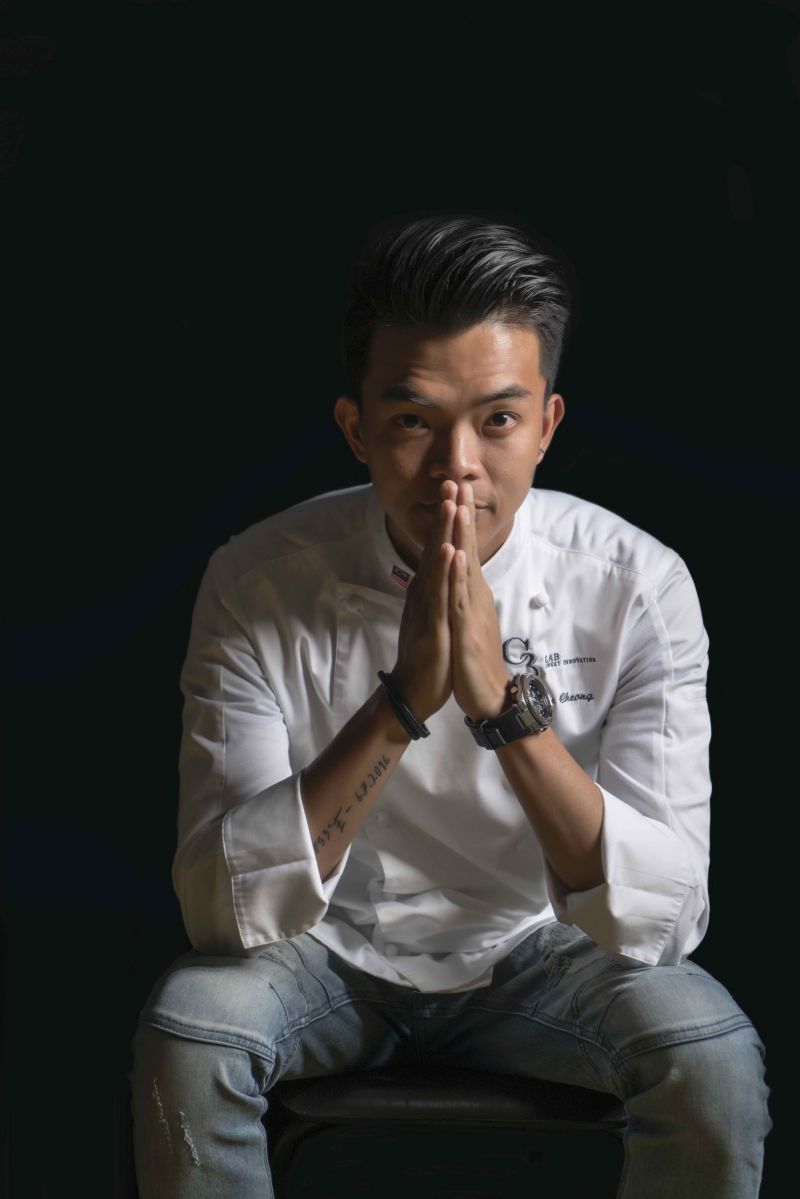 Passionate about patisserie, thus constantly bringing and developing new ideas and concepts into pastry. Chef Lawrence is self-motivated, and willing to take challenge. “He is a last-minute thinker, and has the evilest of ideas, but he is after all, a natural born artist”, choosing to join the profession for all the wrong reasons, Lawrence enrolled himself into a chef’s career because of the perceived “coolness” of the chef uniform. It was because he could “dress up like a professional” and “play with food” that enticed him to pursue an education in pastry/food sciences.

Also known as the award winner of Coupe De La Du Monde De Pâtisserie 2015 ( World Pastry Cup 2015- Lyon). World Ranking top 4th place world's best chocolate showpiece award culinare Singapore/Food & Hospitality Asia. The Mad Scientist’s imagination is out of the ordinary, as he does not work according to norms. He is in a league of his own, which earned him the title of World’s Best Chocolate Showpiece in 2015’s World Pastry Cup.

Taking pride from the title, he highly depends on his inner intuitions, and dislikes anything preplanned; instead, prefers to let things come together spontaneously through an intuitive self-expression. One can only imagine of what goes on in his mind when looking at his creations, as they often instill fear and spookiness, which often leaves an unforgettable mark in our memory stems.