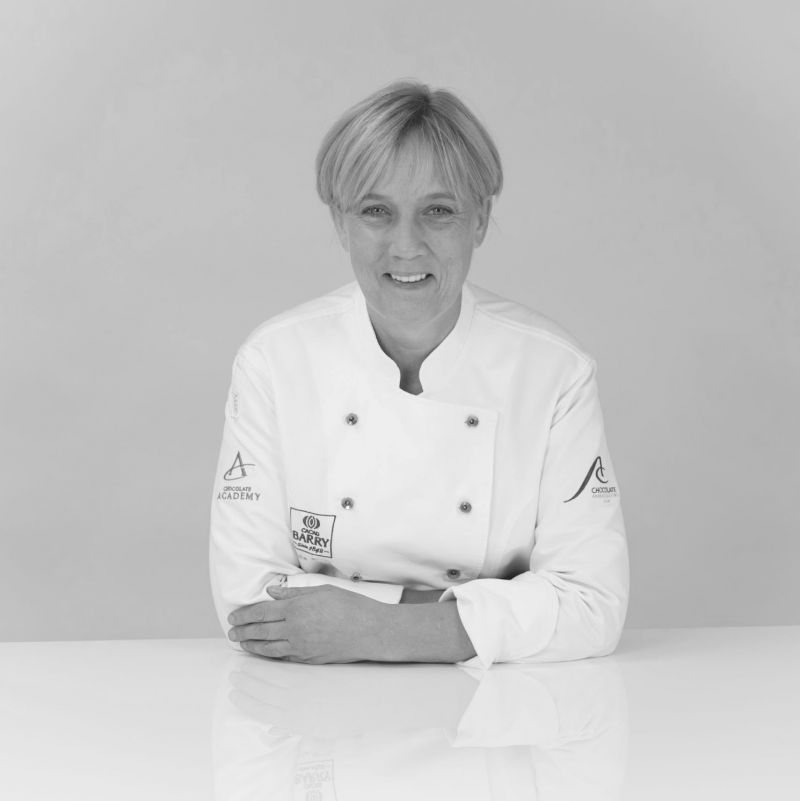 “I always wanted to be a pastry chef. I didn’t really consider anything else. I just knew that was what I was going to do”

Prior to joining the UK & Ireland Chocolate Academy, Julie honed her pastry skills at some of the most esteemed hotels in the world including Lyford Cay Millionaire’s Club, Chateau Lake Louise in Canada, Sofitel in Melbourne,  Australia. Upon returning to London, Julie was Executive Pastry Chef at one of the cities most iconic hotels: Claridges. As well as being Head Pastry Chef at Regent Four Seasons (Landmark) Hotel and the Mandarin Oriental.

Julie joined Barry Callebaut as a Chocolate Academy™ Chef in 2011 and has been Head of Academy since 2020.

As a leading Pastry Chef in the UK, Julie is regularly featured on judging panels for the highest competitions in the industry.